Well, Christmas 2008 has come and gone. Sure hope you had a nice one. We traveled to Houston for the holidays to be with part of our family and had a great time.

One of the interesting things about about our trip were signs along the way. I combined three photos that I took and as you can see the price of fuel continues to fall. The lowest for regular was $1.16 in Las Cruces, New Mexico. Diesel was $1.97 and at a station in Arizona it was $1.91. What a difference from July when we paid $5.20 when pulling our RV to Colorado!

I just had to shoot the exit sign to Gary, New Mexico, and can you believe that across the State of Texas they raised the speed limit to 80 mph! You know that most people always drive above the limit so that means you'll see a lot of folks becoming NASCAR drivers! I don't know who was responsible for passing that law, but for me that's too fast to be safe. Hit something at 90 mph and you don't stand much of a chance of living!

On a better note, I hope that 2009 will be the best year of your life. Happy New Year!
Email ThisBlogThis!Share to TwitterShare to FacebookShare to Pinterest 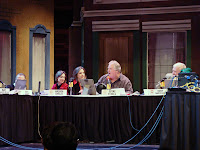 Here's a toast to you Spike!
Email ThisBlogThis!Share to TwitterShare to FacebookShare to Pinterest

Certainly you are joking!

Do you know this man? His name is John Thain and he is the CEO of Merrill Lynch. He has my vote for the biggest _ _ _ _ on earth! What this character has done is beyond my conception of reality.

The taxpayers bailed out the company that John heads, to the tune of $10 billion dollars, and that's spelled with a capitol B. Now Mr. Thain has asked the Board of Directors for a $10 million dollar bonus!

Run the company into the ground, ask for a bailout, then ask to be rewarded? Personally, I don't know whether to laugh, cry, or vomit! I can't find words of how ridiculous, absurd, outrageous, and utterly insane this is! Details from Fox News.
Email ThisBlogThis!Share to TwitterShare to FacebookShare to Pinterest 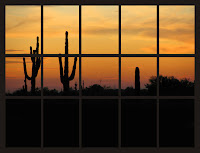 Some of the most beautiful sunsets in the world are in Arizona. It was almost dark when I took this shot a mile from our house. Was it through someone's window? No, I added that, but who wouldn't want this view every evening.

After taking this photo we stopped and filled our stomachs with oriental food. Now you'll have to pardon me as I have to check some data.
Email ThisBlogThis!Share to TwitterShare to FacebookShare to Pinterest

The Love of Photography 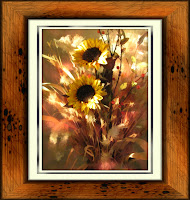 The more you have a passion for something, the more you are constantly aware of it. And so it is with me and photography. Every where I go I see places and things as a picture.

While walking through our living room today, the late afternoon sunlight was streaming though a window accentuating the beauty of an arrangement.

I grabbed my camera, captured the sight then added a few effects using different programs on my computer. You can click on the photo for a larger view and I also posted it on my Photo Site.
Email ThisBlogThis!Share to TwitterShare to FacebookShare to Pinterest
Newer Posts Older Posts Home
Subscribe to: Posts (Atom)