Most of us really don’t think about how we look until we get older.  It’s then that we realize how we’ve changed throughout the years, and those years bring back memories! 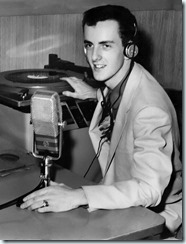 Here’s what yours truly looked like in the late 50s when I was a disc Jockey on KSTT in Davenport, Iowa during my junior and senior years in high school.

Twenty years later from 1977 to 1987 I DJ’d part time on WEMO, East Moline, WQUA & WMRZ in Moline, Illinois.  My last gig on WMRZ was an oldies station and our mascot was a 1957 Gold Chevy.  That was pretty cool!  The really cool thing was we were playing all the music that was popular way back in the 50’s plus all the hits from the 60’s and 70’s.  A lot of that music has never died! 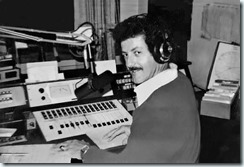 Sorry if I missed one of your favorite artists or groups. As you read through the list of artists you remembered their songs, and some of those songs brought back memories.  When, where, and who you were with.  Life is made of memories. 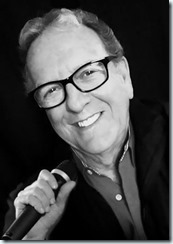 The radio days are gone for me, but I still listen to all those oldies while working out at our fitness center.

For the last 15 years I’ve still been behind a microphone giving technology and photo seminars in many cities.  Technology is fascinating as we think about advancement in the last 20 years.  It’s an industry on steroids!  Today we can’t imagine life without our cell phones.  The Dick Tracy watch in the comics years ago is now a reality and I’m wearing one. It does everything but make lunch for me and I’m working on that!

We talked about memories, and as I mentioned we change through the years.  How we think, how we act, and how we look.  I hope you have lots of memories!