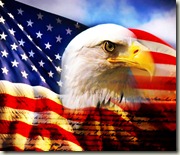 It is my opinion that America is in deep trouble and those indicators are totally surrounding us today.

I’m stating this, not as a Republican, Democrat, Independent, or any other political affiliation, but as a person who loves his Country and wants America to be what is has always been, a strong free Nation, based on the laws of our founding fathers.

You don’t have to look far and wide for the indicators that we are falling apart. Our Constitution is being ignored and abused, we are in debt as never before, our borders are not secured, and we are passing laws that no one has read or understands. Common sense, logic, and ethics have gone down the drain.

Our Congress and the President are fighting tooth and nail over regulating debt and our leader wants to spend even more. This is insanity!  All you Washington fat cats in your ivory tower with your big salaries and all your benefits should adhere to the same laws that the rest of us do. That’s change we want to see!

I, for one, am sick and tired of hearing some people still blaming George W. Bush for all of our problems. Sure we had debt during his administration, but our current leader has added more debt than all of our Presidents combined! This wild spending has to stop. Bush blamers forget that in 2007, two years before for current President was elected, we had a majority democratic congress.

I have worked every day of my life since the age of 12 when I had a paper route. I worked during high school and college and every day henceforth. At the age of 73 I’m still working to pay our bills because social security isn’t enough. It’s not only enough, but SS is bankrupt. You took my money all those years under the guise of taking care of me. You spent my money and are now crying that the system is broke! That is fraud and if I practiced this I’d be in prison.

I would also be in prison by entering any other country illegally! Just see how far you would get sneaking into another country, demanding your so called rights, demanding they speak your language and flying your flag over theirs. Go ahead, just try it!  If you want to live in America then do it legally. Obey our laws and speak our language. I fully support Sheriff Joe who has been elected by the people of Arizona for five terms and is just trying to uphold state and federal laws!

Why are we relying on enemy countries to supply us with oil? Why are we paying $4 a gallon for gasoline?  When our current leader was elected the price was $1.82. Why are we not drilling in America where there is almost an unlimited supply? Please tell us why!

Why do we have to talk to a person in a foreign country for technical support on almost all consumer products?  Why aren’t these jobs in America?

Why can’t we use the powerful media called Television to entertain and educate our people? 95% of TV programs are trash and are contributing to the moral decay of our society. It’s all about sex, drugs, and violence including most of today’s video games.

The kids of today see all this as common place; they don’t know any different. Gone are the days of good clean, fun, programs and movies.

I am not a purist and am certainly not perfect, but I do believe in free enterprise, my freedom to believe in God and believe that it’s time for America to get back on her feet. There is no free lunch!  My motto is “You don’t work, you don’t eat.”

America is headed more toward socialism everyday and it must stop!  Socialism does not work and that has been proven in many European countries!

We must take our Country back to where it was, a strong free Nation, based on the laws of our founding fathers.

Everyone that believes this must get involved to take back America, and discard the philosophy of “let the other guy do it.”  Time is running out………….

If I wanted America to fail, I would do this.

Make You & Your Computer Happy!

Frustrated with your computer?  Want to save money for technical help?  You can do a few simple and free things each month to keep your computer running as smoothly as the day you bought it!

Computers accumulate unwanted files and registry entries over time thus slowing down your machine.  These files, that are no longer in use, need to be eliminated.  The easiest and simplest way to do this is with a free utility called CCleaner.

Computers are also effected by viruses, malware, and spyware.

Sometimes these problems can be minor but can also bring your machine to its knees requiring the need for costly repairs. These problems can be eliminated with a free anti-virus product, like AVAST in conjunction with using another program called Malwarebytes.

The final fix is to run defragmentation on your hard drive once a month.

These simple procedures will make you and your computer happy!

A complete detailed explanation can be found here.