This was not an Adventure!

Kind of funny how you can go months, or maybe years, without a memorable mishap.  I just had my adventure  as you can read below, and my wife just had hers!

She has been sewing all her life and enjoys doing alterations for her friends.  She’s outstanding at her trade and she receives joy from her different sewing machines. 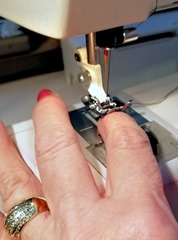 So, she’s altering a dress when a snag occurred and is trying to rectify the situation when she accidentally engages the foot pedal.  Her hand is in the wrong place and the needle goes into her fingernail and all the way through her finger!

I’m in my studio editing a photo that I had just taken, when I hear this blood curdling scream.  I rush to her sewing room where she had just pulled out the needle, but in her panic some of it broke off in her finger.  We go to the kitchen where we both try to extract it with tweezers, but to no avail.

It’s off to the nearest urgent care facility about 10 minutes away where we spend the next two hours.  X-rays were taken, but the end result is the Doctor says she should be seen by a hand surgeon as he thinks the needle is stuck in the bone.

Next stop Banner Boswell Hospital Emergency room where they are expecting us.  We carried in information from the Urgent Care Doctor and the X-rays.   It’s amazing how crowded emergency rooms are today, but even with her pain and anticipation of what was next, we both realized how lucky we are compared to others with lots worse conditions. 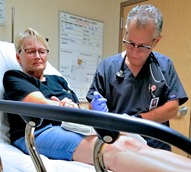 First a person who takes your vitals, then back to the waiting room.  When you’re called in you follow another person down a very long hallway to your room.  We were lucky #33.  Another person comes in to ask a bunch of questions, then a nurse to take more vitals.  Finally we see a Doctor who assesses the situation,  and he leaves.  Time goes by when he returns and administers Novocain shots.  Minutes vanish and he returns again to extract the needle.  It didn’t take long for a sigh of relief and a big smile to appear on her face.

We leave the hospital, pick up a prescription for an antibiotic, and get home at 10 pm.  Seemed like a long time and it was since the incident happened at three o’clock, and now it was time for a glass of wine!

Life is good, but you never know when the unexpected may happen! 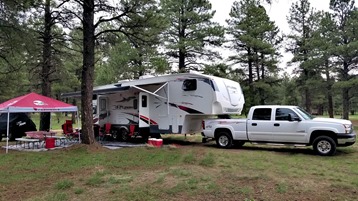 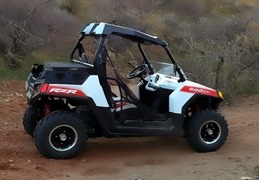