An Open Letter to Microsoft 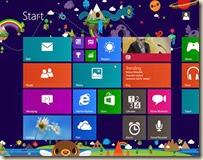 Those of us who have been using computers for years have experienced the steady progression of technology.  I started in the days of DOS and probably the biggest thrill was when you released Windows 95.  Then there were all those operating systems between then and now, some bad and a few that were good.  Windows XP was with us the longest.  Windows 7 was a solid platform and then you decided to create a nightmare!

The world is literally hating Windows 8.  We understand that you needed an OS to support tablets but there are millions of us that still use desktop computers and throwing the Metro system in our face was a huge mistake.

Unless you’re a techie and know the secret of configuring a new computer you have to sign up for a Microsoft account and give your name, email address, date of birth, telephone number, and the size of your socks!  We are mad and frustrated before it ever boots up and then we don’t see the desktop, we are faced with the confusing  Metro screen!

Without research and more frustration, we can’t even figure out how to shut down the computer.!  We can’t find anything that’s familiar.  How do we get to the control panel, task manager, power options, device manager?  Why would you want to alienate millions of computer users all over the world?

If we had some clue as to Microsoft’s future plans we might feel more comfortable but they are tight lipped, or maybe confused themselves.

We are begging you Microsoft to shape up your act before we all abandon ship!  We already have an iPad and an iPhone which we dearly love.  Is the next step an iMac?