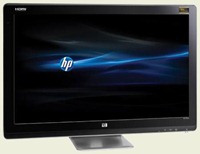 The Possibilities of a Photograph

I just attended a two day Nikon Photography School
and thoroughly enjoyed it.  No matter how much you think you know about a subject you never stop learning and after attending a seminar you are usually fired up. (Click on Photos to enlarge.)

So today, I was taking pictures of just about anything around the house.  I took this shot sitting in my studio at an overhead spotlight.  I started playing with it in my photo editor and came up with the ones below.

Once you start fiddling with a photo the possibilities are endless and this could have gone on all day.

It’s amazing what you can come up with if you do some creative thinking when you’re taking the shot and again in post editing.

These effects were achieved in Paint Shop Pro X3 with their built in special effects.  At other times I use filters from Topaz Labs.  They are very professional and a welcome addition to any photo buffs toolbox!  The “Photo Art” Gallery contains these pictures on my Photo Web Site.