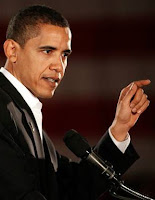 Politics and the direction of our Country is a hot button today. Never in my lifetime do I remember family break-ups because of politics. In America's history we have had good and bad Presidents but the political discussions have never been this deep. I personally know people who have lost all communication with friends and family members because they so violently disagreed on the last election, and that is sad.

The majority of comments I received from the posting below were very positive. A couple of people wrote to me and said "Take me off your email list!" Gordon from California wrote "Don't send me anymore of that right wing Fox News Crap." A fellow named Ron writes, "You need to get your head out of your a_ _. Be informed not opinionated." Another person who calls himself "Space Cadet" wrote, "Sounds like the RNC (Republican National Committee) talking paper issued two days ago, I read facts not fiction." Bill from Phoenix, writes in part, "Your bully pulpit cannot stand up to the bright lights of rational thought and discourse." What?

As I mentioned, positive reactions to the last blog entry far outweighed the negatives. Carolyn from Tucson, Arizona wrote, "We need you in Washington, DC! Thanks for your insight" Jim from Florida wrote, "I have forwarded your email to many friends. Wake-up America!" Beth Ann also from Florida wrote, "I couldn't agree with you more! Can I place a link on my Facebook page?" Teri writes, "As Bill O'Reilly would say, You Sir, are a Patriot!" Bob from Atlanta (a former ABC TV news person) said, "I am very concerned. Not even in the 60's have I heard so much open talk about rebellion on the Internet, talk radio and everywhere. I am very concerned about the condition of our Country, and both sides are to blame."

Perhaps one of the more interesting comments came from a couple who lived in communist Hungary and escaped to the United States. They state, "We made it to this wonderful country, where we are enjoying freedom and a good life." Their message was long, but in short stated that they don't want to see the good life and freedom taken away.

My last blog post may have seemed harsh, and it was. I meant it as a wake up call. As Bob mentioned "both sides are to blame." I replied to some of the negative emails and asked them if they could point out one statement that they disagreed with, but I have had no answers. They don't want to listen because they are ill informed and don't want to hear the truth. Intelligent people don't call you a nasty name just because you don't agree with their philosophy. Kate from Mountain Center, California stated that "California has not declared bankruptcy. Wherever did you get that idea?" Alright Kate I will retract the word "declared" but we all know your state is floundering financially and writing IOU's. The fact is that a lot of us think our Nation will follow, simply because you can't spend more than you make! That's what America is doing right now to the tune of Trillions! You can't fix the economy by spending money you don't have; that's just plain common sense.

I have one more retraction and that was the word "suicide" in my reference to page 425 of the currently proposed health care bill. I quoted the former New York Lieutenant Governor, Betsy McCaughey who recently was a guest on former Senator Fred Thompson's radio show. I wrote the blog entry two days before I actually got my hands on the bill and was able to read it myself. Stating facts takes a lot of research and the bottom line is that I'm asking Congress to read every page of any proposed bill before acting on it. It simply is not fair for President Obama to expect the health reform bill to be passed in 10 days when most of Congress don't even know what it says! We elected Senators and Congressmen to represent us, and we expect them to do just that! If you would like to study the bill you can do it here. (Thanks to a Cyber News reader from Illinois who forwarded the link, and wrote to both Ill senators.) I also wrote to my Arizona Senator, John McCain, asking him and his constituents to vote no on this bill.

So, what's the application? I am not a right wing extremist. I'm just a guy like most of you who wants to preserve our freedom and the basic principles of which our Country was founded. I don't believe in a Government who wants to own and manage everything. I don't care whether you are a Democrat, Republican, Independent, Black, White, Indian, Asian, Hispanic, Christian, or atheist, we are all in this together.

Bin Laden said years ago that "America will destroy itself from within." In order for America to prosper we must all do our part and be responsible for our own actions. We must be willing to study what's going on around us and determine if it's the right course for all of us. We must remember that there ain't no free lunch. Someone has to pay. If we go out for dinner I might be inclined to pay for yours, but I sure don't want the Government telling me that I have to!

As I mentioned below, I have worked everyday of my life since the age of 12 to provide for me and my family and I don't believe I should pay for the support of someone who is too lazy to get a job. If we help someone in need it should be on a voluntary basis, not because the Government demands it. That is socialism and is a system that has never worked.

I also mentioned below "What happened to majority rules?" Why do we cater to one person who wants to take God from the equation, when 90% of our Nation believes in God?

It's time to "Stand up America!"

Thanks to everyone who took the time to respond whether you agreed with me or not!
Email ThisBlogThis!Share to TwitterShare to FacebookShare to Pinterest
Newer Post Older Post Home